This September HEC-Holland team members made a tour with one of our valuable customers to Hanwha’s premises in South Korea. Main purpose of this trip was to further extend our collaboration with our partner. Additionaly we wanted to show our team members Hanwha’s newest expansion on production of crosslinkable polyethylene (XLPE) at their site in Yeosu -in the South of the Korean peninsula – where the ground-breaking ceremony took place.

We are pleased to see that due to this new fully automated production system our XLPE capacity will grow further and will be ready by 2021 ~ early 2022. Along with this expansion Hanwha also will invest into an own automated warehouse especially dedicated for its Wire and Cable products, which will be ready at the same time.
Furthermore has Hanwha Construction Corporation completed nearly the overhaul of Hanwha’s HQ building in downtown Seoul, where the building is ready for the 21st century. It has nice features such as solar panels, which are integrated in the exterior of the building – produced by Hanwha’s sister company Q-Cell.

The smooth transport of our valuable customers took place by Hanwha’s own helicopter service which was reserved for this memorable and special occasion. We as HEC-Holland are confident that our partner Hanwha Chemical is ready to further roll out its strategy to strengthen its presence within the Wire and Cable market with a specific focus towards Europe. 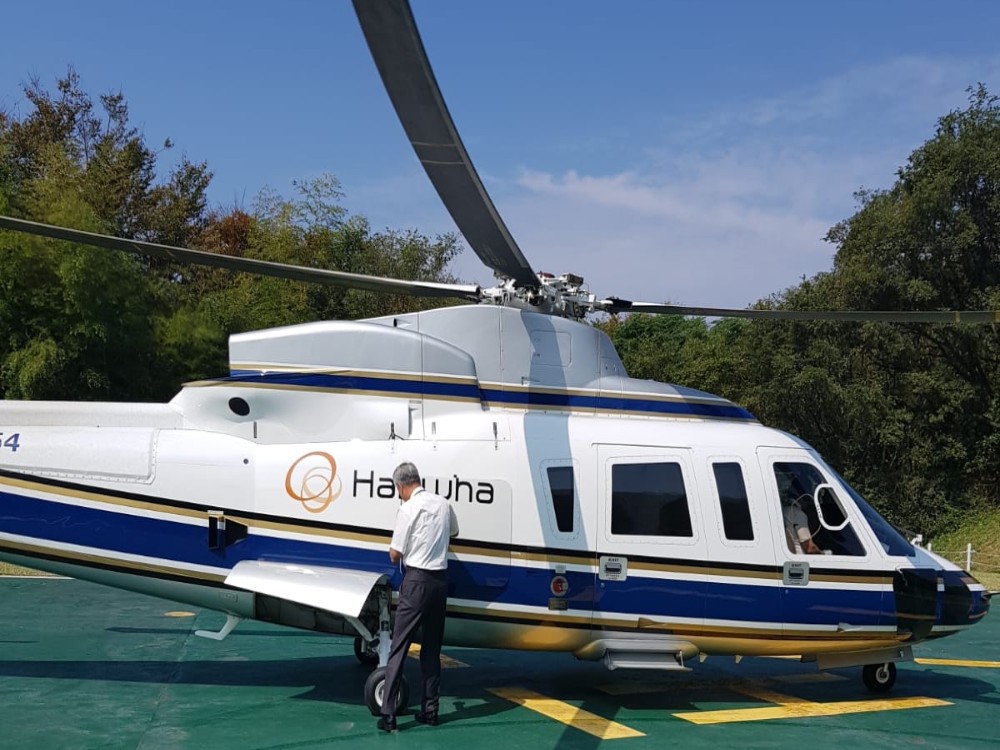 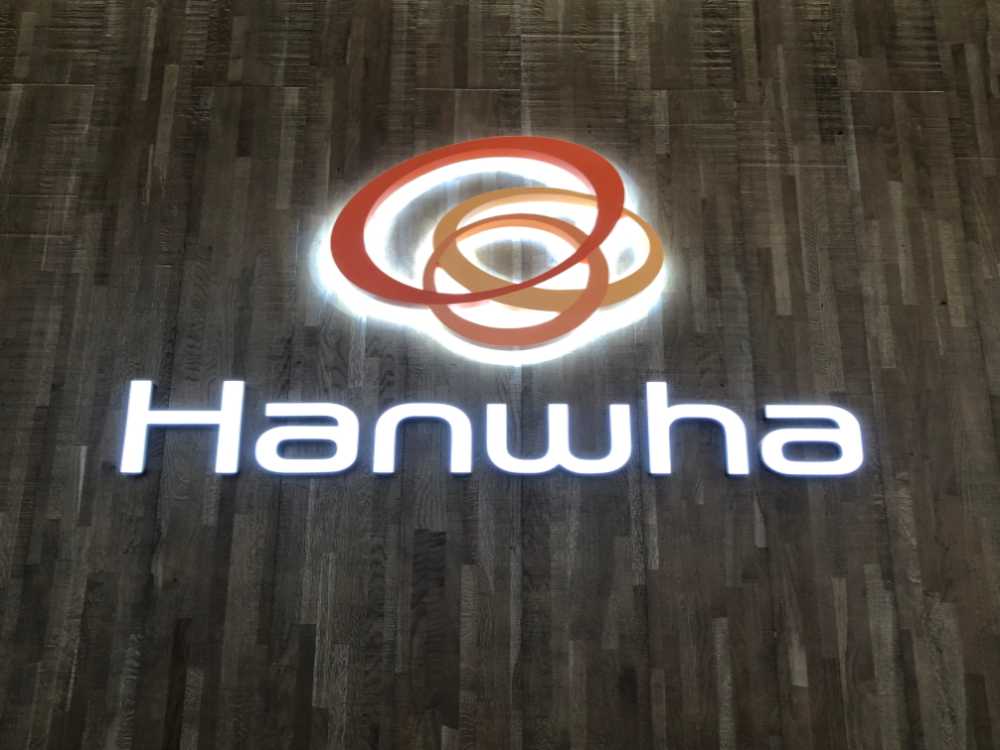 We are pleased to announce that Mrs. Fu – CEO of Shanghai WangXun New Material and Mr. Lurkin – managing director of HEC-Holland have signed officially their collaboration agreement.
This official signature ceremony is a big step towards the joint collaboration between the two esteemed companies.

At the same time has and will HEC-Holland further invest into their converting station by extending its product lines and capacity which they are able to tailormade convert as per customers wishes and desires.
For this HEC-Holland has invested into a new state-of-the-art slitting machine which is able to handle and convert the nowadays requested sizes on aluminium tapes up to 4.100 meter per pad.

With our new expansion will HEC-Holland and SHWX further increase their market share within the European market. The new local capacity will get into place within Q1-2020 to serve its customers.
Mr. Lurkin commented: “this partnership is for both companies a step ahead where the European cable industry can benefit from – due to its flexibility and short lead times of high-end quality products”.

If there is more information on this article required, than please get in contact with one of our account managers who will be more than happy to give you more details on our services and possibilities. 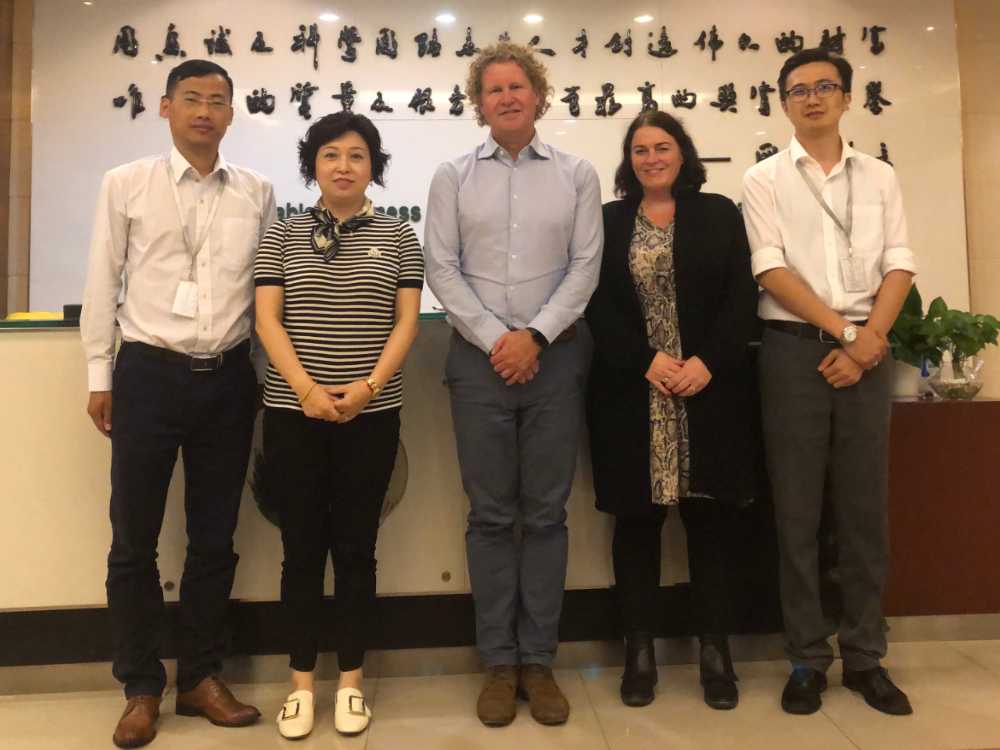 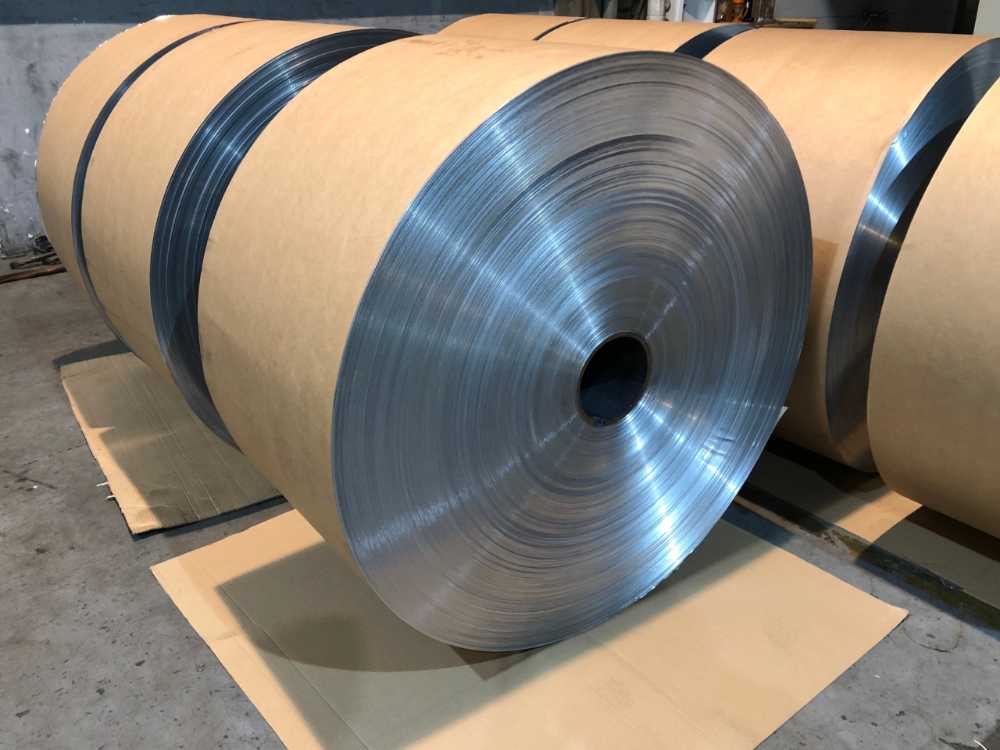 It does not surprise you that the coming decade will go into history books as the ‘decade of electrification’. Many projects are being launched or being put on the drawing board, either on- or offshore renewable energy such as windfarms, hydro power, (concentrated) solar photovoltaic power and other alternative sources towards the current used ones. All having one focus that they should take over and replace the current fossil fuel power sources and reduce our footprint on mother Earth.

Electrification across key end uses leads to a doubling of electricity demand by 2050. This is particularly driven by increased demand in buildings and a shift towards electricity as an energy source in for instance road transportation. Wind and solar are rapidly gaining share in the capacity mix and already accounted for more than half of net capacity additions in the past few years.
Renewable generation is projected to account for more than 50% of the total power generation post 2030’s. This marks a clear trend break from historical fossil fuel-based generation.

As the role of intermittent resources in total generation increases, power systems will see strong growth balancing needs, particularly when solar and wind generation combined reach a share beyond 30% commented by McK. 2 Key reasons are the costs versus effectiveness on renewables, which are getting more in favor towards fossil fuel – building solar or wind capacity becomes more of interest. At the same time the costs on storage capacity and the innovation on other storage capacity will decline further, which makes it interesting to switch a big part of road transportation to electric, either passenger cars or trucks within the next 5 to 10 years from now, thus within the 2020’s.

Yet, after the first decade which nearly ends – ‘the progress on shifting towards renewables’ – are we entering into the second phase, namely the real shift – ‘decade of electricity’. Political forces need to take decisions and steps to clear the road to start up the big projects. We are facing some challenging times where some cable makers having difficulties to make the right choices, this in order to be prepared for the years to come.

Our conclusion: For now, there is a strong believe of having an overcapacity on the production of power cables in the market, but viewing the above aspirations – one thing is according us for sure – sizeable production capacity is required to achieve the ambitions for the biggest energy transition we have ever challenged.

Rick is an ambitious, optimistic and analytical team member within HEC-Holland. He joined the team just after graduating his master’s degree. Rick will be in charge of the product portfolio and will be focus on all new product innovations and projects. Together with Selina he will be the contact person for our suppliers.

Bob is our ambitious commercial supply chain specialist who has joined the HEC-team freshly after his graduation. Bob is focusing on the coordination and improvement of our warehouse processes in Goch and together with Cindy and Karin he also takes care of all orders, from purchase until delivery.

Stephan is the fanatic, spontaneous and flexible account manager of HEC-Holland. He likes to invest in relationships and brainstorm with customers to get the best result for them. Stephan is always approachable for questions or a good conversation. Just give him a call!

Stijn is an energetic, analytical and involved account manager at HEC-Holland. Investing in a durable long-term relationship with our customers is what really matters for him. With his analytical skills, Stijn is always up to date with the latest trends and developments within our market. He is also more than happy to share these latest developments with you.

Eugene is the enthusiastic founder and head of HEC-Holland. With over 20 years of experience of the market, his expertise and knowledge supports our whole team and results in great developments for our customers.

Bas is the hard-working and approachable production specialist at HEC-Holland. Together with Kurt he makes sure our production meets the needs of our customers and that all the deliveries are able to depart right on-time.

Nelli is the Nordic newbie of HEC-Holland and a real team player. She brings a bit of a sunlight to every cloudy day in The Netherlands and when it comes to marketing, she is eager to think outside of the box.

Kurt is the diligent head of warehousing, distribution and converting facilities at HEC-Holland. Since September 2020, he secures in-time deliveries and high-quality services at our distribution center in Goch, Germany. Kurt’s hands-on attitude and organizational skills support our whole team to reach the best and beyond.

Karin is our enthusiastic employee in the commercial office and one of our logistics experts. She is the accessible link between our customers, suppliers and colleagues and takes care of all orders until delivery. Together with Cindy and Bob she is more than happy to help you with any logistical worries.

Nathalie is the backbone controller of our team. She works for HEC-Holland since 2014 and has 26 years of experience in various Finance branches which makes her ready for all new challenges. Nathalie is always there to help and to solve any case either together with the team or individually.

Eric is the encyclopedia of our team when it comes to the knowledge of economic and technical cable applications. He has a high track record within the cable industry working together with reputable cable producers and suppliers. Eric is responsible for our product assortment and applications and his humor also cheers up even the Monday mornings.

Jose is our competent and flexible management assistant who deals with various tasks within HEC-Holland. Her problem-solving skills and relentless attitude make sure that whatever the question is, the solution will find a place.

Selina is the optimistic and enthusiastic team member of HEC-Holland working at our Shanghai office since 2017. She is active in developing our joyful relations in Asia with a sincere attitude against all suppliers and customers. With over 10 years of experience in the industry and international trade, her intent is to always keep learning and to create benefit for each party.

Nicole is an outgoing, loyal and open minded account manager within the HEC-team.

She gets well along with people and adjusts to chances with ease believing that a company should work on developing their professional skills and learning new things all the time.

Cindy works since the start of 2010 at HEC-Holland and has an ample experience in maintaining and improving numerous international supply chains. She is responsible for purchase, stock, logistics and order processing. Together with Karin and Bob she forms an enthusiastic and cheerful team to provide the customer with the best service.